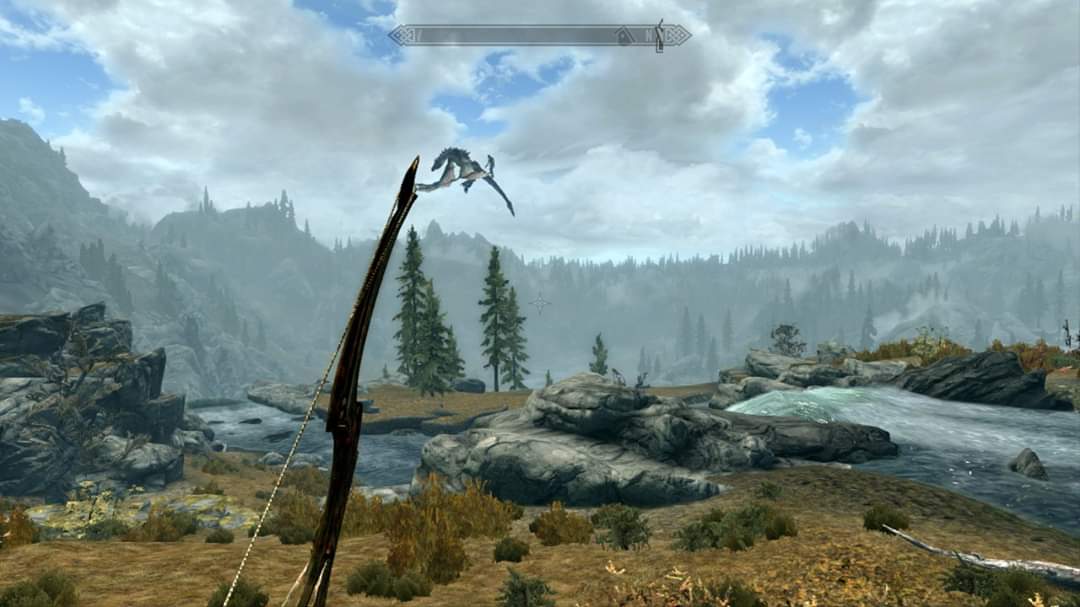 It looks and sounds completely impractical, but giants in Skyrim have gotten remarkably good at riding dragons.

I saw a post on Reddit this afternoon and thought, “sure, that person probably has one too many mods installed and is being served with a glitch.” But then I did some digging and realized that it wasn’t a singular case – giants simply will not stop flying around Skyrim on dragonback, and they’ve been at it for ages.

Check out the post below, which is the first one I stumbled across.

Giant riding a dragon from skyrim

It’s difficult to make out, isn’t it? I wasn’t even sure if I believed it at first, and even if there was a giant knocking about on a dragon, you’d automatically assume it was a glitch or something like that.

But there’s more to this story than meets the eye. In virtual renderings of the Nordic north all over the world, giants are devising ways to become Dovahkiin. They are flying dragons with the skill of Miraak, except they are five times as tall and have remarkably more developed beards.

Here’s a slightly better screenshot from 12 days ago, where another user noticed a giant-bearing-dragon. The giant is stood on the dragon’s tail, looking in the opposite direction to where he’s flying. Together, they have a 360-degree field of vision, making them a team that even the Dragonborn themselves would struggle with.

A giant riding dragon… from skyrim

Subscribe to the VG247 newsletter
Get all the best bits of VG247 delivered to your inbox every Friday!

But not all dragons and giants are friends. After continuing my research, I discovered a video from 18 days ago, which shows a dragon yeeting a giant off of its tail while hovering several hundred metres above the ground. I am unsure if this was a tactical decision made collectively by both dragon and giant, but it mostly looks like the giant had overstayed his welcome as a hitchhiker and the dragon got fed up.

22 days ago: another sighting of a giant riding a dragon in Skyrim. This one has remarkable balance – he is standing upright on a tail with an incline pointing firmly to 5 o’clock. He must have calves of steel.

Giant on a dragon. Buddie up from skyrim

Two months ago: this giant has even better balance. He manages to stand on the dragon’s tail right until it lands. I think this one is their leader.

A Giant Riding a Dragon appeared. I’m not sure how this happened but I love it. from skyrim

3 months ago: a giant was spotted flying across the night sky with his trusty draconic mount. You can check it out below, but be warned: something far worse is about to come next.

Giant riding a dragon… from skyrim

12 hours ago: the giants have taught the mammoths to ride dragons. This is the end for all aspiring Dovahkiin. How on earth is anybody supposed to take on a mammoth/dragon duo? There is no possible way. All you can do is move to Riverwood and hope they never fly your way.

Mammoth is determined from skyrim

I’m not sure why this happens, and it probably is a glitch. Regardless, it’s quite funny that so many giants have taken up dragon-riding as a hobby, to the extent that they’ve taught their woolly elephants to soar, too.

I think they’re trying to get revenge for the giant who was sent flying into the stratosphere after being shot in the balls with an arrow.